"You typically cannot carry yarn when you are sewing panels together or using the intarsia method to create designs in projects, carrying the yarn up will make the seams too bulky and can alter the look of the blanket entirely while making it almost impossible to put the panels together properly. I typically suggest to my students that they darn as they go, even if they don't do all the darning doing at least some of it makes the task a little less daunting."

"Do you still have the original scarf? I am assuming that when you say "look knitted on both sides" you mean the V looking stitch. There is no way to get that with just knitting back and forth, but there are a few different ways to achieve that look. You can knit a rib scarf, K1 P1 on the right side and then P1 K1 on the wrong side it will look knitted on both sides until you stretch it apart. Another option is the way my mom always made scarves that was to make a 'tube' by knitting in the round. There is also 'Double Knitting' that makes things double thick but achieves the V stitch on both sides. But here is my last thought, can it possibly be that your Mom actually crocheted the scarf using what I know as the Waistcoat stitch? This particular stitch looks like the knitted V on both sides when it's done correctly and I have some items done with this technique from my Great Aunt that she had learned from her Great Aunt so I know that stitch has definitely been around for more than 100 years. I hope this helps."

"I made a dozen of these in different colors as bridal party favors for my daughter's wedding. By using lobster-claw clasps at the ends, I attached two cords to each bag - short for a wristlet and long for a crossbody. They were a big hit"

"Sorry, can't agree with anything you've stated here. The knitting needle size used will be dependent upon obtaining gauge, not what area of the world you live in. The short row shaping is definitely part of the pattern and is not divisible by anything, each row in short row shaping is typically different, that is the point of it, you will not have to add anything to it at all, if the pattern is followed specifically line by line, all will be well."

"I think this should be done on a US 6 needle, not 8. 8 maybe in Europe. And it would have been helpful if you had said that row 23 was not part of the pattern. That really threw me off for a while. The pattern for the short rows is in multiples of 8. Add 8 to each row, knit or pearl. Makes a lovely shawl." After years of trying to follow her knitting patterns using more traditional methods of printed paper, magnet boards, tape and scissors, Sally Holt threw her hands in the air and said “There has got to be a better way!” Her long time colleague and friend Jeff Smith (aka “the elf”) agreed. The two formed Create2Thrive Inc. and began a multi-year project to find that better way. From this beginning came an app called knitCompanion®, which provides a new way to work with patterns.  It eliminates the need for highlighter tape, magnet boards, sticky notes and more. It also goes beyond any PDF reader by enabling the knitter to re-assemble the pattern into dynamic instructions. No longer does the knitter need to flip pages to find the key or designer notes. There is no need to track progress on multiple charts to finish a single row of knitting. And the dreaded “at the same time” style of instructions can now be easily knit without hassles.  What is more, the knitter doesn’t have to re-enter the pattern instructions.

The patented* knitCompanion app was released in 2011. The goal of the app is to enhance the tactile knitting experience by streamlining the logistics of the craft so the knitter can focus on the art. With knitCompanion, the knitter is presented with instructions dynamically, the app is tracking their progress at every step so they never lose their spot, and it presents parallel instructions (“at the same time”) and supporting information (keys, notes, etc) dynamically.  knitCompanion brings together the ancient craft of knitting with cutting edge software development.  Now with over 100,000 downloads it has become the standard for tracking knitting instructions digitally, and is being used in related fields of fiber arts (crochet, cross stitch), cooking, and “some assembly required” activities.

In 2012, a new series of apps, The Designer Series, was released enabling full multi-media immersive content so that users could tackle a new pattern or skill with all the power of knitCompanion plus expert support provided in full multi-media: written, audible, and video. By partnering with designers like Lucy Neatby, Donna Druchunas, Romi and Cooperative Press, Create2Thrive has created a line of apps that are pattern e-books you can actually knit from.  The inclusion of hours of technique video in each app means the knitter can also learn new techniques directly from the designer.  Maybe best of all, every pattern in the Designer Series is already setup in knitCompanion and ready to knit.

By bringing a high-tech solution into a low-tech pastime, we at Create2Thrive Inc. are thrilled to have made it possible for thousands of knitters around the world to advance their craft in ways they never thought possible. 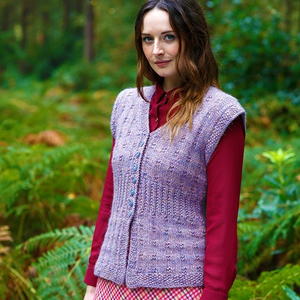 The Centaur Cardigan is a beautiful free knitting pattern. The soft purple color of this knit cardigan makes it perfect for a variety… See more Continue reading: "Centaur Cardigan" 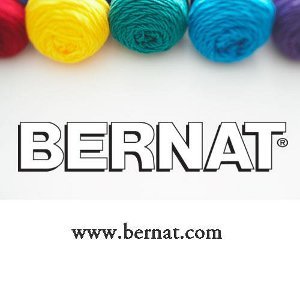 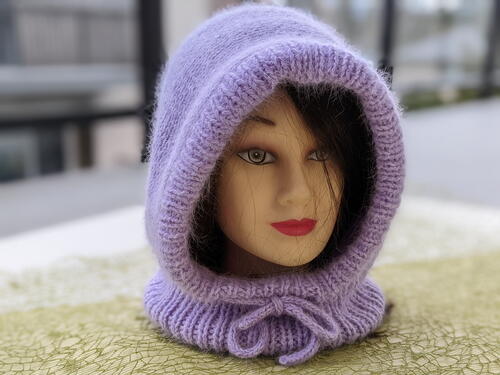